Welcome to the Reception Class Page!

Here in Reception we are learning how to be good friends, independent learners and brave writers! We often discuss our problems together and challenge ourselves in choosing time. We do PE on a Tuesday morning now with an EPC coach (mostly outside- bring trainers) and we do some nice relaxing yoga with Mrs Short on a Friday. This means we need our PE kits in school all week.

We also need reading books and logs in school each day as we race each other to the top of the reading rocket for that almighty termly prize!

Please book an appointment or catch a member of staff if you have any concerns or questions about your child,

PS: Please note from 5th April Mrs Short will be on maternity leave and Reception will be taught by Mrs Anstead. 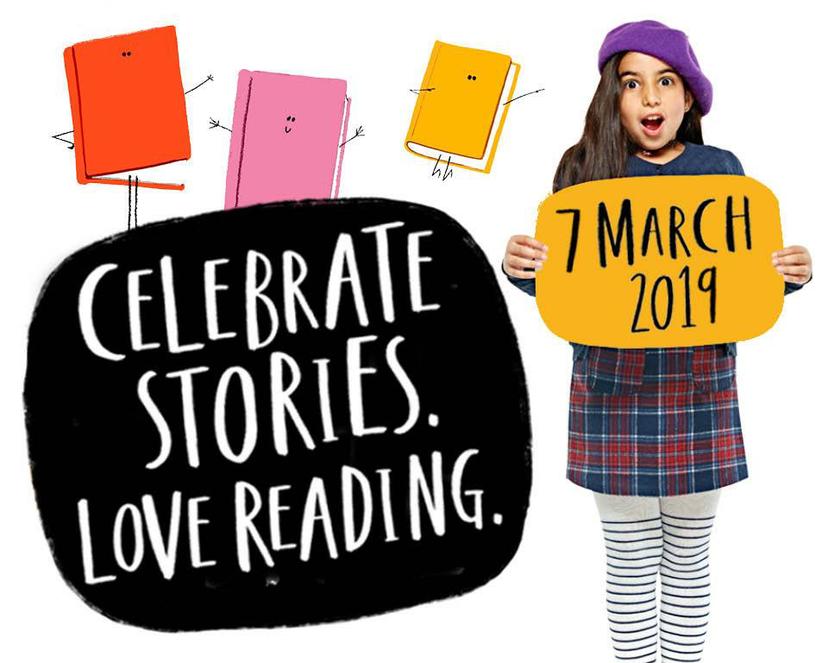 Goldilocks and the Three Bears!

For World Book Day we jumped into the story of Goldilocks and the Three Bears. When the children arrived into school there was a scene set up but taped off so they could look inside but not touch. The children were then challenged to go and write what story they thought the clues were from without adult support (see thought bubble photos above).

We shared our ideas and Mrs Short told us who was right. We listened carefully to the story and spent the whole day immersed into it. We had porridge, just like Goldilocks, and could choose our own healthy toppings. We were challenged to make Baby Bear a new chair as it got broken in the story and we even had a little relax after lunch like Goldilocks did in Baby Bear's bed!

Later we watched 'Judge Jenny' from BBC and heard both sides of the story. We went into groups and thought about each characters' feelings and why they behaved the way they did in the story. At the end of the day we held our own court case! We took it in turns to take on the role of the characters and explain why we did things and how we felt. As a class we resolved the problem by Goldilocks offering to make more porridge, make the beds and fix the broken chair! What a busy but fun day! 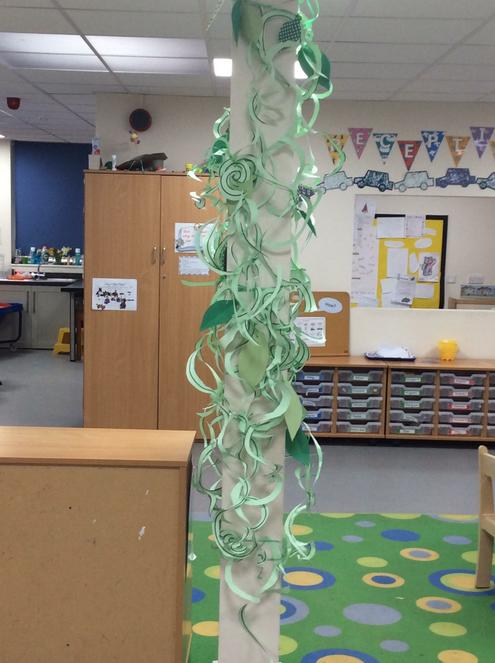 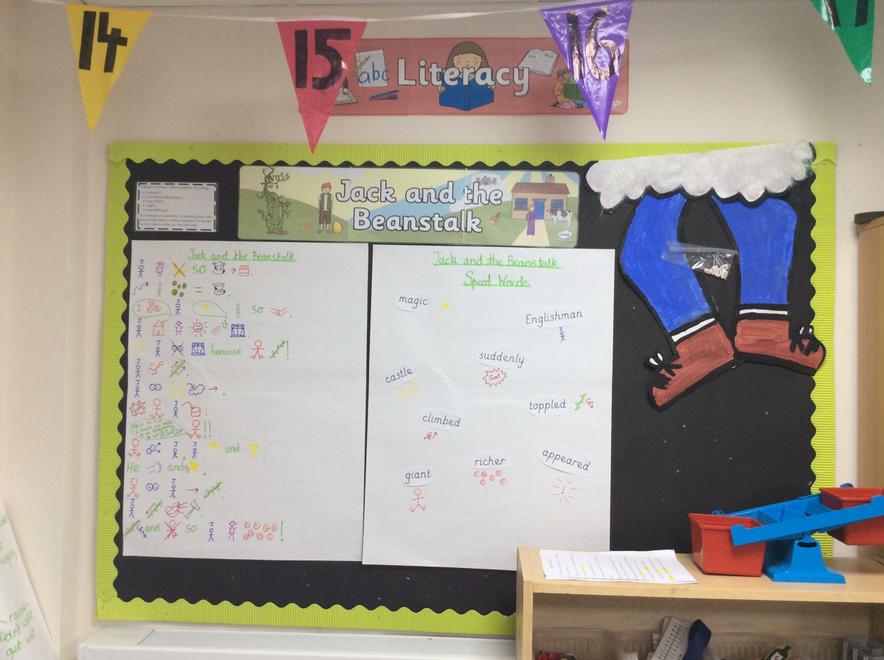 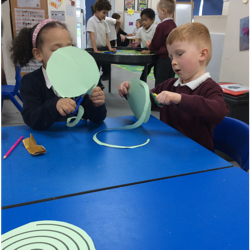 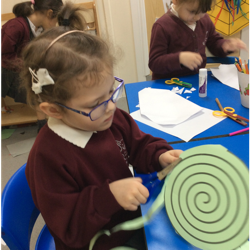 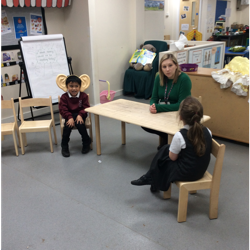 This half term kicked off with Jack and the Beanstalk!

We are learning how to retell the story by ourselves at the moment. We also discussed how Jack behaved in the story and acted out a court case where we tried to understand both his and the Giant's point of views.

The children have had a tricky challenge this week of cutting around spirals in order to add to our class beanstalk (see photos above). This really did show the grown ups who could hold their scissors correctly and who needed to be reminded about which scissors (left or right handed) the children should be using when they are cutting and making independently.

Aliens have landed in Early Years!!

This term began with the arrival of 8 friendly, shiny green aliens and their space ship. They also returned all of the pants they had taken from Earth before Christmas. The children were excited to play in the space ship and learn lots about space.

After a few days, the alien's became very good friends of ours and the children all came up with names for them. We gave them name tags and taught them all about Earth. They left us notes asking about our food and what we do here.

A few weeks later, the alien's had a bit of a disaster and their spaceship had problems! They left us a video message on our screen asking for advice. What do we use on planet Earth to get around? We researched lots of types of transport and wrote to the aliens.

They then left us this message (see video) and before we knew it, the aliens had left us and we were allowed to carefully take apart their spaceship. The children voted as a class on what to make in the role play area and together they decided and designed a rescue helicopter!

We then thought about road safety a little bit.... check out the powerpoint at the bottom of the page :) 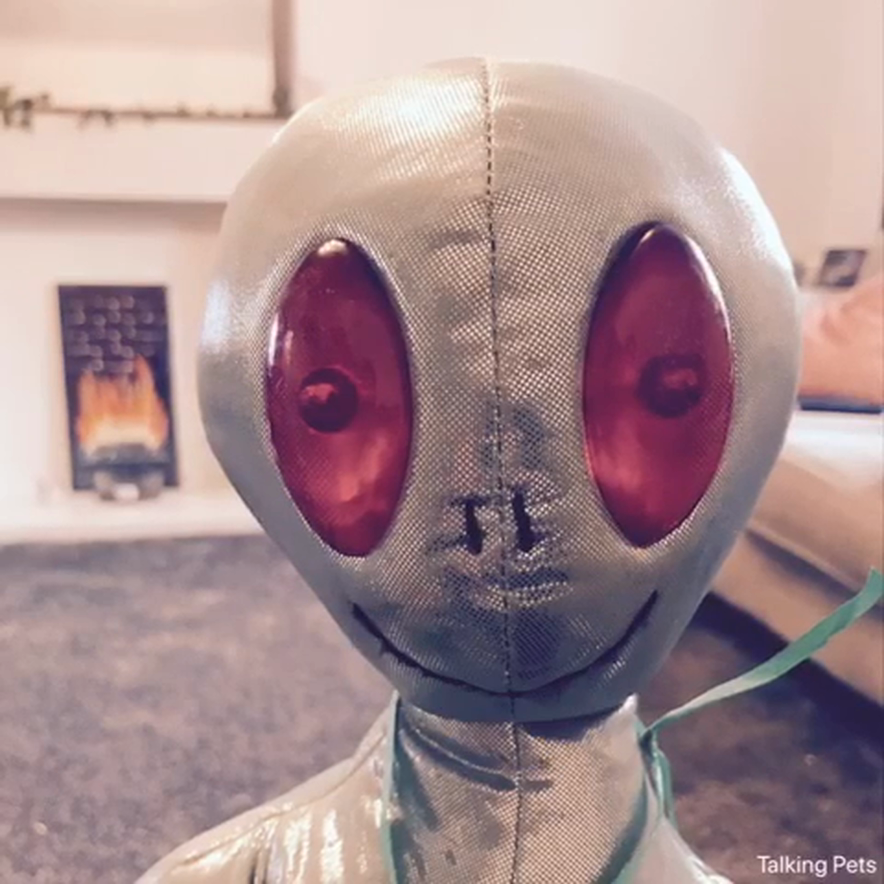 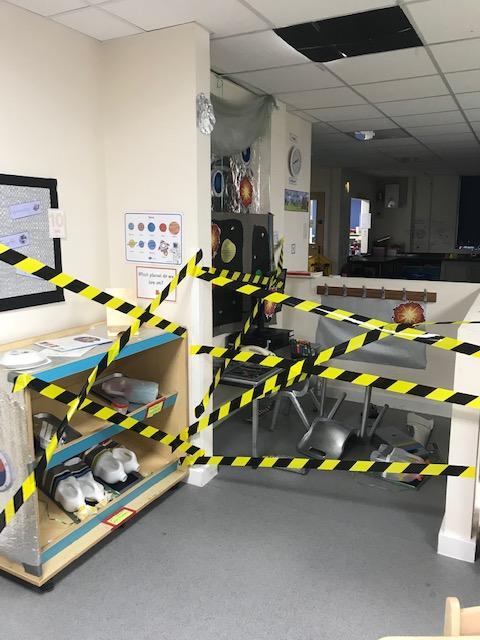 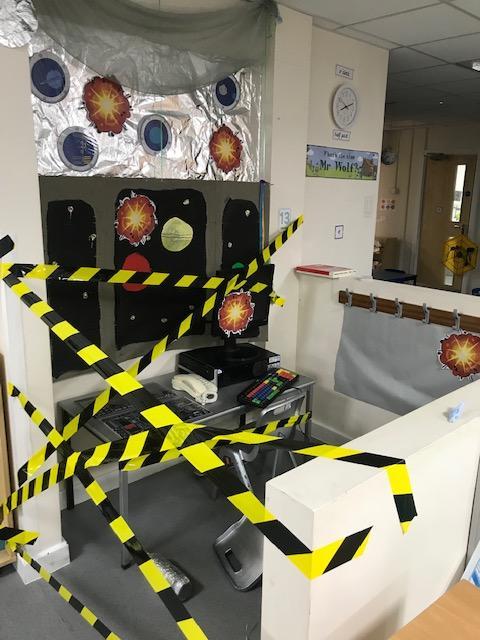 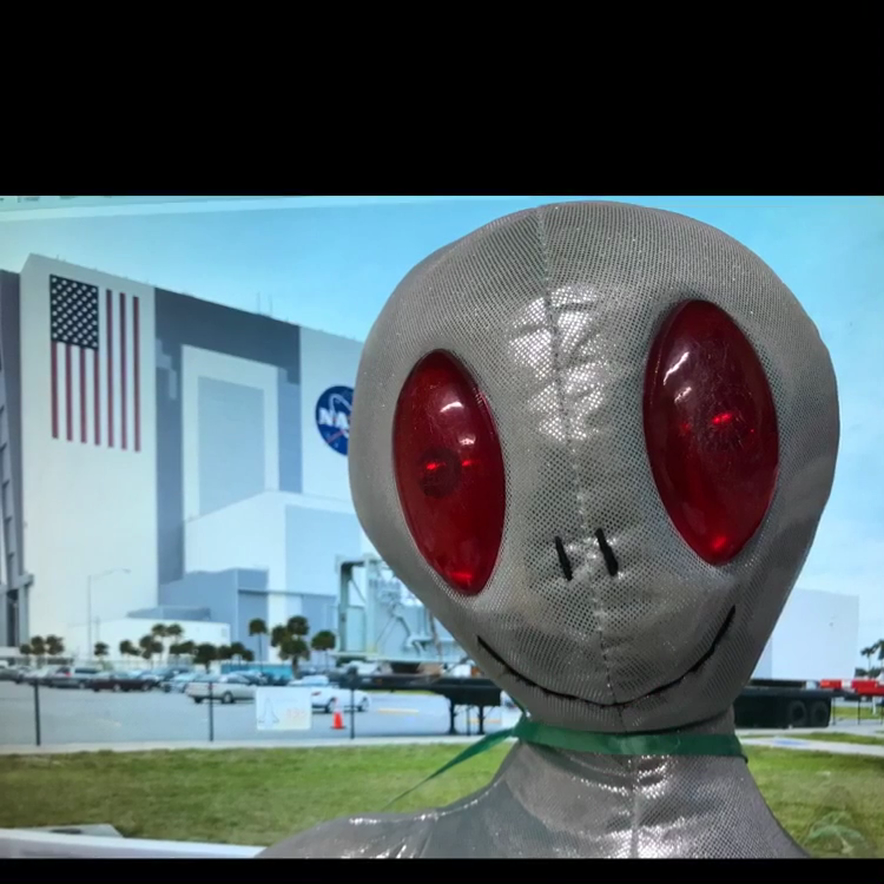 Helpful documents for the Spring Term

Listen to the 42 letter sounds of Jolly Phonics, spoken in British English. Each letter sound is clearly spoken twice, before an example word is given. Perfect for parents, teachers and children who aren't sure how to pronounce the letter sounds.